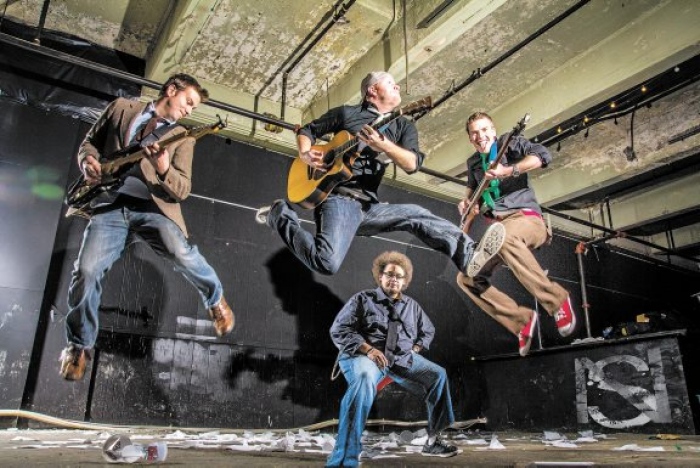 Formed in 1997 as a collaboration between teenage cousins Rick Gillette and Jeff Hertzog, Nowhere Slow has won radio play and steady press coverage while rising from small gigs in corner bars to packed shows at the largest clubs in the Scranton area.

As the band’s principle songwriter and lead singer, Gillette is a pop music savant with a knack for hooks and melody. He was at the center of the band’s largely acoustic debut, Look Up And Jam, but the band began to add musical muscle with the addition of bassist Will Clauss in 2002. Bringing a heavier rock edge to Gillette’s singer-songwriter style, the 2003 release 2 Weeks was a more well-round, full-band album that began to establish Nowhere Slow as a legitimate original act.

With a mix self-stylized covers and original material, Nowhere Slow was quickly becoming one of the most popular acts in the Scranton area when veteran John Canjar joined on lead guitar in 2005. With his roots in jam and classic rock, Canjar brought technical know-how and professional craftsmanship to Gillette’s already catchy songwriting, and 2007’s Stranger In The Alps was a giant leap forward. It landed Nowhere Slow on local compilation albums, increased its radio presence and led to side-stage gigs at Toyota Pavilion, opening for the likes of James Taylor and John Mayer.

In 2010, Nowhere Slow has risen to a new level. Hertzog stepped away to spend more time with his young son, and the band added local professional Matt Kester on drums. A longtime friend of the band, Kester brought a polished but explosive backbone that left Gillette and Canjar free to explore new realms of songwriting, while Clauss delved further into his own funk and hard rock influences. The result is Listen/Love, a bold musical statement produced by Eric Ritter (NewPastLife, Cider) and mastered at Abbey Road Studios. For Nowhere Slow’s loyal fan base, the new songs became requested setlist additions even before the album’s release, and the band began expanding from its Scranton base to play its new material in front of new crowds at new venues.

The music is always a work in progress, but Nowhere Slow has found its identity in a sound both catchy and challenging; accessible without feeling generic. In a live setting, the band breathes new life into cover songs while winning audiences with its originals. The musical evolution continues, but Nowhere Slow has found its stride. The new album is a wake up call, and this locally established band is ready for a new day.

We'd Love To Hear From You!

Just fill out this short form and our team will be in touch with you promptly. Thank you for your interest!